Weddings In the Sky:Couples could marry in mid-air under new easyJet plans

Thanks to Judith Middleton's blog for bringing this to my attention. This is form the Telegraph:

" Couples could marry in mid-air under new easyJet plans

Couples could marry in mid-air after the budget airline easyJet took the first steps towards on board weddings. 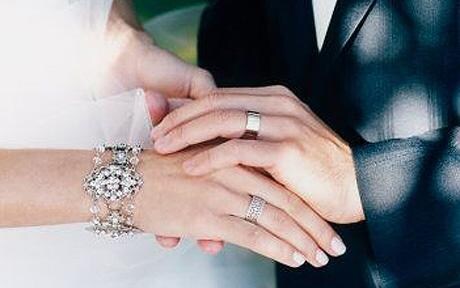 The company has asked authorities if pilots could be authorised to officiate weddings in the air. A spokesman said they had written to Luton Borough Council - the body responsible for registration in the area where easyJet's London Luton Airport headquarters lie - to make preliminary inquiries about the feasibility of marrying people on board.The move would appeal to a growing number of couples looking to get married somewhere out of the ordinary, and the company said it had already received numerous requests from couples.Paul Simmons, easyJet's UK regional general manager, said: "We're excited about these plans. If there is the opportunity, our pilots could soon be marrying couples in the air."If our request is replied positively, then so called 'floating on cloud nine' would get a new meaning for people in love - and we can offer another special service to our passengers."A spokesman said they were willing to take any necessary steps to help the airline become the first anywhere to hold wedding ceremonies in the sky.He said that if plans were given the go-ahead they would be able to tie in ceremonies at 30,000ft with taking couples to their dream honeymoon destination.EasyJet captain Jeffery Husson added: "To officiate a wedding is a special honour for me."It would be exciting if I could marry couples above the clouds."But today a spokesman for Luton Borough Council said although the airline had made early enquiries, no decision could be made until it received full details of easyJet's proposals.A spokesman said: "We have only just received a letter from easyJet and will be responding in due course."While there are clearly laws governing marriage ceremonies, we are not yet aware of the full details of what easyJet are proposing to do, therefore, it would be inappropriate to comment further."The spokesman said rules governing where marriages could be conducted included that they must take place in a permanent building which was licensed for marriages and conducted by an authorised person, essentially a superintendent registrar or a minister of religion."

Imagine if Southwest get hold of the idea. You get married on the way to Las Vegas and get divorced on the return flight. There could also be some interesting issues regarding choice of law and enforceability of prenuptial agreements signed mid air. What if you sign the Agreement while flying over Texas but get married when you enter California airspace. Does the seven day waiting rule apply.