Divorce May Make You Sick 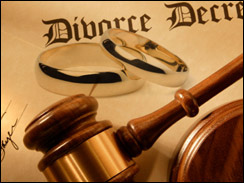 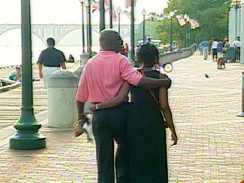 Psychologist Jeff Gardere spoke to Julie Chen about the damaging mental stress that may result from divorce.

(CBS)  Can divorce make you sick?

Yes, according to a new study that finds divorce and widowhood have a lingering, detrimental impact on health -- even after remarriage.

The study, scheduled to be published in the September issue of the Journal of Health and Social Behavior, analyzes data from nearly 9,000 adults nationwide, ages 51 to 61, and finds those who had been divorced or widowed suffered 20 percent more chronic health conditions, such as heart disease, diabetes or cancer, than individuals who were currently married.

Dr. Catherine Birndorf, associate professor of psychiatry at New York Presbyterian Hospital-Weill Cornell Medical Center told CBS News, "With a divorce or with disruption in a family like that,(it) can lead to depression, anxiety, other kinds of psychological illnesses."

Researchers have known for years that marriage is good for your health, but they've been less clear on how you'll do if you lose your spouse to divorce or death.

The study also suggests that divorce can be so traumatic that not even tying the knot again is enough to reverse the physical and mental toll.

So does this mean spouses should stick together even when the going gets really tough?

Birndorf said, "If someone's in a bad marriage, I would want to try and help them figure out how to make it better. But I wouldn't rule out the idea that it may need to end in divorce versus staying together for the sake of health."

In fact, Dr. Jeff Gardere, a clinical psychologist, said on "The Early Show" Tuesday, if you're in a "toxic" relationship that involves physical or mental abuse or in a relationship where you just can't get along, it's best to get out of it because the health benefits of divorce are much better than staying in a bad situation.

However, if you are thinking of getting a divorce, Gardere said you should have a doctor on hand.

"We're finding that divorce is so traumatic on the system, on your mind, on your body, that it's important that you consult your physician or even talk to a mental health professional about the stress that you're going through so that you don't become sick," he said.

Gardere said that's because women tend to tell their husbands to take care of themselves on an ongoing basis, so they take the advice and care for their health.

Gardere responded, "(Men) don't like to be nagged, but I think if you keep pushing them in the right direction, and tell them it is about love and about staying healthy, so that they can have a good marriage and raise their families, that guys after a while tend to listen."

But what about remarrying? Is it worth it?

"We're finding that it is such a trauma to the system being in that divorce or being widowed that it does take years to come back even if you are married, but the advice we seem to be giving is go ahead and remarry because you can get better in time."

Hi, I think your article its very important and interesting,good work, thanks for sharing!! Have a nice day!