Managing Your Money And Relationship

Los Angeles (myFOXla.com) - Researchers say that one of the most common causes of divorce is financial problems. It seems money has a way of ruining relationships even when you're just dating.

Sanyika Calloway Boyce, financial fitness coach and author of “Give Yourself Credit: How to Recover from a Financial Fall”, shares some tips on how to manage money and relationships. 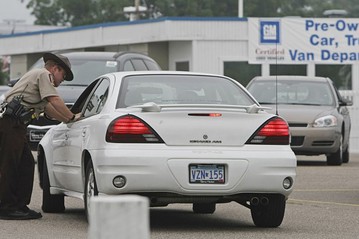 In Minnesota, Hecker is in the middle of a particularly contentious liquidation of his personal assets as a result of the collapse of his business empire. The former owner of 26 auto dealerships, the Advantage Rent-A-Car chain and other businesses is simultaneously going through a nasty divorce battle with estranged wife Tamitha Hecker, which has devolved into a he-said, she-said fight over their financial situations and personal conduct.

The latest news from the land of 10,000 lakes is that a state district court judge has ordered Denny Hecker to explain just how he’s been able to burn through a minimum of $25,000 a month while calling himself bankrupt and unemployed. According to the Minneapolis Star Tribune, Hecker has two weeks to document what he has said is the generosity of his friends and business associates. With such information, the judge plans to determine whether Tamitha Hecker’s request for $7,500 in monthly support (the estranged spouses have two kids, ages 14 and 7) should be granted.

While covering the twists and turns of the Heckers’ legal woes, the Star Tribune has reportedthat Tamitha Hecker hasn’t bought Denny Hecker’s claim that his pockets are bare. She pointed to $13,000 on six round-trip, first-class plane tickets that ferried her ex, his mistress and their respective kids to Hawaii this August. He also treated his mistress to steakhouse dinners nearly every day, Tamitha Hecker alleged, plus scheduled a $9,500 facelift. Denny Hecker defended the latter charge, saying that he consulted the plastic surgeon regarding damage to his neck from the tumor he had removed last year. He also denied that the plane tickets cost $13,000 and said he didn’t frequent high-end steakhouses with his mistress. He shot back at her for heading to Arizona to visit her “boy-toy.” And he argued that his estranged wife doesn’t need his help, what with the $200,000 in cash she has stored in a safety deposit box, not to mention a dozen Rolex watches, half a dozen fur coats and at least $1 million in jewelry she can sell.

Nearly a dozen Rolex watches are in fact headed to the auction block, but they’re not Tamitha’s. The watches – along with a Cartier travel clock, 18-karat men’s diamond ring and portraits signed by golfers Arnold Palmer, Tiger Woods and Jack Nicklaus – will be up for grabs at a public auction of Denny Hecker’s assets on Oct. 19 in New Germany, Minn.

Don’t expect to see Tamitha Hecker’s possessions on the block; she reportedly promised the trustee in charge of her ex’s estate that she wouldn’t touch the money or goods. Apparently that doesn’t exclude wearing them. The Star Trib spotted her at a recent court hearing with “a dazzling yellow-and-white diamond ring” on one hand and “a more subdued but equally sparkling diamond ring” on the other.

In Malaysia, It Pays For Couples To Reconcile

Officials in a Malaysian state said they were concerned about the high divorce rate, so they're doing something about it. The state is offering to pay troubled couples to take a second honeymoon. The government will pay for three days and two nights on a tropical island. Those who need more than sunshine will even get counseling sessions.