The ingredients sounded innocent enough – two boys aged one and three and a bag of flour. But it was a recipe for disaster.

A mother in the U.S. emerged from a visit to the bathroom to find her entire living room covered in flour, with the guilty culprits – her two young boys – happily playing in the mess even as she expressed her shock.

She uploaded a film of the scene to YouTube and it’s already been watched nearly 750,000 times.

SCROLL DOWN FOR VIDEO 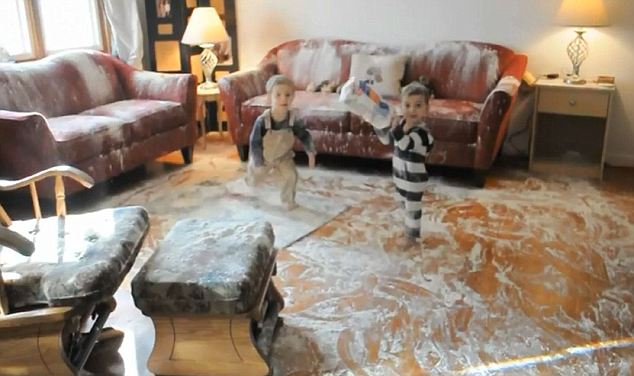 Not all white on the night: The two toddlers are oblivious to the carnage they've caused