Home Archives Profile Subscribe
www.la-familylaw.com
How much sleep to childen need
Woman Sued Over T-Shirt That Says 'My Ex-Husband Is An A-Hole 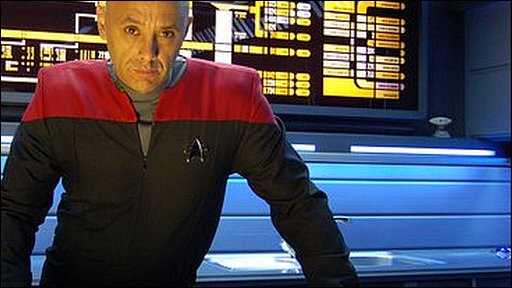 Tony Alleyne took BBC Newsnight on a tour of the flat in 2009. A Leicestershire Star Trek fan who turned his home into the Starship Enterprise has said his work could be destroyed by the sale of the flat. Tony Alleyne, 58, has spent 10 years and more than £30,000 transforming the Hinckley flat, but now his ex-wife, who owns the property, needs to sell up. The apartment features a replica flightdeck with full voice recognition technology. Mr Alleyne said the thought of living in a conventional house was "scary". "The more I say it, the more horrible it sounds," Mr Alleyne said. "I try not to think about it as the dismantling of the apartment is scheduled for August time if we don't find a buyer." 'Nightmares' over move In 2006 Mr Alleyne filed for bankruptcy after spending about £100,000 to start up a company which offered Star Trek makeovers. But the scheme was funded by loans and credit cards and he was left with debts of £166,000. "I don't really want to entertain the idea of not living here," he said. "The idea of living in a conventional environment, well I sometimes have nightmares about it and it's really quite scary." In 2004, the flat failed to sell for the £700,000 asking price.