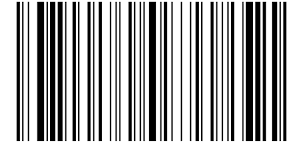 The great thing about family law is that there is always something new to learn.

This week I learned the word “Diacritical.” Probably because I was never much for learning languages.

I have Elon Musk and Grimes to thank for reportedly naming their new baby “X Æ A-12” for learning the word Diacritical. But can he do that?

Since the baby was born in California, we look at what California will do. California’s naming laws are fairly relaxed compared to some countries. For example, Sweden has strict naming laws and baby names such “Metallica” and “IKEA” have not been allowed. My favorite is a couple in New Zealand who were prohibited from naming their twins Fish and Chips.

California’s Office of Vital Records will only record “the 26 alphabetical characters of the English language with appropriate punctuation if necessary.” The Office explicitly prohibits “pictographs, ideograms, [or] diacritical marks” (including “ ´e,” “ ˜n,” and “¸c”).

In 2014 California rejected a bill changing the ban on diacritical marks as names due to its high cost.  Therefore it is likely that Musk and Grimes (which itself sounds a bit like laddish aftershave that Guy Richie might wear) fill out the name “X Æ A-12” on the baby’s birth certificate at the hospital, it will most likely be rejected by the California Office of Vital Records because it contains diacritical marks.

The couple could sue and argue that parents have a constitutional unfettered right to name their children. Several Federal cases have struck down state laws naming rights based on substantive due process rights. The Supreme Court in the “Troxel” case which recognized the right of grandparent visitation, held that the “the Due Process Clause of the Fourteenth Amendment protects the fundamental right of parents to make decisions concerning the care, custody and control of their children.” Justice O’Connor stated, “is perhaps the oldest of the fundamental liberty interests recognized by this Court.” An argument of this kind might be used if Musk were to challenge any decision by the California Office of Vital Records not to allow “X Æ A-12.”