Testifying remotely in the Johnny Depp trial in the English High Courts of Justice. 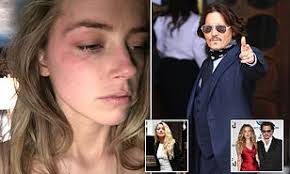 We talk to Los Angeles attorney and English barrister Alexander Rufus-Isaacs about his role in securing and managing Los Angeles witnesses to appear remotely in the 2020 defamation trial that took place in the English High Court of Justice in the case of Johnny Depp and News Group Newspapers. For more information, please contact Mr. Rufus-Isaacs at www.rufuslaw.com or Mr. Shiell at www.la-familylaw.com.

Divorce and intellectual property lawyers will have a field day with this one.

Will Roman Abramovich's divorce be the most expensive in history. Who will get Chelsea?

Private Judges in Los Angeles: How did Brad Pitt keep his divorce private

Jennifer Aniston and Brad Pitt finalized their divorce Tuesday thanks to Jill Robbins, a private judge. By using her services, Pitt and Aniston were able to keep the proceedings private. They were also able to expedite the divorce.

Copyright © 2005 NPR. For personal, noncommercial use only. See Terms of Use. For other uses, prior permission required.

From NPR News, this is ALL THINGS CONSIDERED.  I'm Melissa Block.

We have paid remarkably little attention on this program to a story that      has confronted millions of supermarket shoppers on the checkout line and      millions of viewers of TV gossip shows.  I'm referring to the dissolution      of the marriage of Brad Pitt and Jennifer Aniston, which, unless you've      been up on the International Space Station, you've probably been at least      vaguely aware of.

We bring it up here because of one crucial detail in yesterday's news.      It said a private judge signed off on court papers finalizing the      divorce.  We were curious about the phenomenon of private judges, who do      not just mediation or arbitration but divorce.  Richard Reuben teaches      alternative dispute resolution at the University of Missouri-Columbia      School of Law, and he joins us now.

Professor Reuben, most unhappily married people who give up on the      institution deal with what I used to think of as a real judge.  But in      California, something different?

Professor RICHARD REUBEN (University of Missouri-Columbia School of Law):      Yes.  California does permit parties to ask a court to refer them out to      what's called a private judge, sometimes called, somewhat pejoratively, a      rent-a-judge.  And that private judge will full jurisdiction over the      case and needs to apply the rule of law, and his or her decision is as      binding as any other court's.  The big difference is that it happens in      private.

Prof. REUBEN:  Indeed, it does.  The private judge's decision is      technically just a recommendation, although that recommendation is almost      always accepted by the court.

SIEGEL:  Now to what extent do Mr. Pitt and Ms. Aniston--or, for that      matter, any other unhappily married couple--gain greater privacy in their      divorce proceedings by going to a private judge or someone who might be      disparaged as a rent-a-judge?

SIEGEL:  And as the public, we have no right to know the terms of a      divorce if it's filed this way with a judge?

Prof. REUBEN:  Well, that's the way the law would appear right now.  But      interestingly, the press has, not to this date, ever pressed the issue.      So as a practical matter, the press does not have a right to be there      until it's able to argue that it should have a right.  But as of this      point, I'd say the answer is no.

SIEGEL:  This was a high-profile Hollywood divorce, but this sort of      thing, the idea of the private judge, is not unique to California, I      gather.

Prof. REUBEN:  That's right, and a few other states have it:  Kansas,      Missouri, Nebraska, North Carolina, Oklahoma, South Carolina and the      state of Washington.

Prof. REUBEN:  That's right.  It could be expensive.  It, indeed, can go      from a low range up to hundreds, even over a thousand dollars an hour.      That's sometimes considered a good investment.  For example, my sense is      that Jennifer Aniston and Brad Pitt probably viewed that as a good      investment on their privacy.

Prof. REUBEN:  It sure would seem as though it's manifestly unfair.  But      in fact, the law, in a lot of different areas and for a lot of different      reasons, really does promote the private settlement of disputes as      opposed to the litigation of every little issue.  So this is something      that the law has an interest in; not just because of overcrowding, but      because so often you end up with a result that's more acceptable to the      parties and, therefore, more easy to enforce.

SIEGEL:  Well, Professor Reuben, thank you very much for talking with us      today.

Prof. REUBEN:  Thank you very much.

SIEGEL:  Richard Reuben teaches alternative dispute resolution at the      University of Missouri-Columbia Law School.  He spoke to us from      Columbia, Missouri.

After listening to some Kenny G whilst trapped in sundry elevators, one wonders why it took so long. Rolling Stone.